It would appear that it is completly possible and with ease to send meeting invites which contain executables using gmail and google calendar.
example: 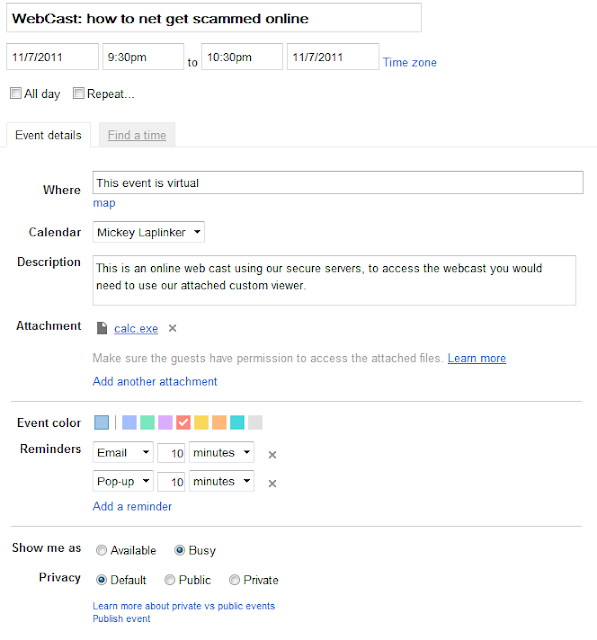 This is how it will appear in the inbox of an unsuspecting human:

Now the attachment is hosted on Google docs, from which you would need to download and run it.

now I know a few people who aren't as paranoid as me and would trust google hosted files more then just a random hosted file on some unknown server, but then again, that is just me :)

1. Everything written in this blog is at best reflecting my personal opinions, nothing more.
2. This blog's content should be considered educational.
3. This blog is not representing my employer in any way.
4. Any action you take due to reading stuff written here is your own personal responsibility

laplinker
I can be contacted via twitter @HackingThings or via email at my handle [at] gmail.com